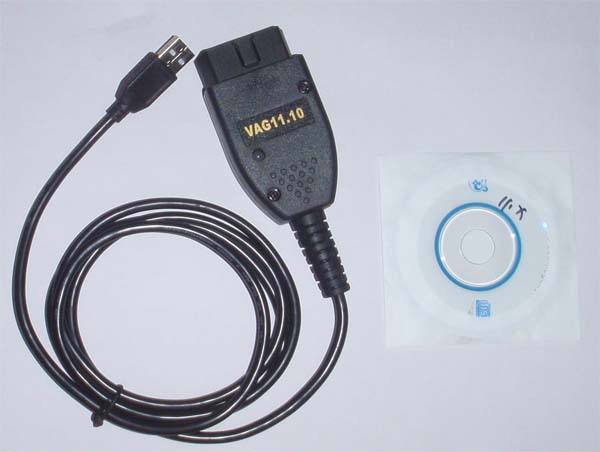 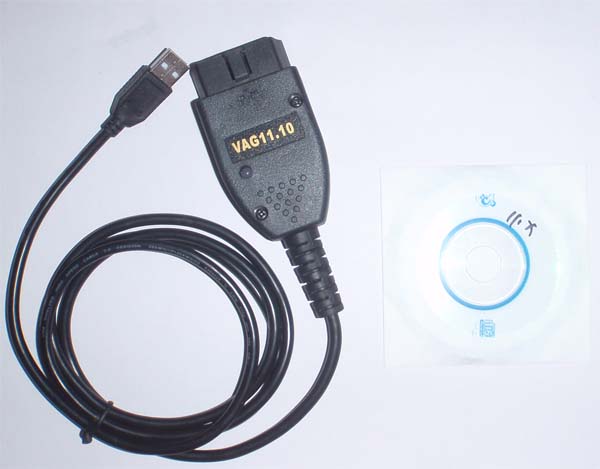 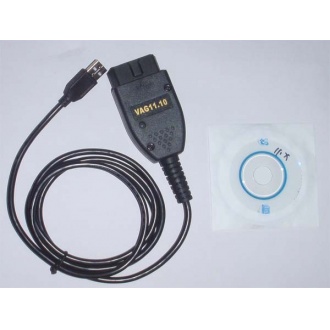 Universal Installer
for all HEX, KEY, KII and MicroCAN series interfaces
and Windows 2000 or newer.
Re-factored DTC routines which interpret DTC data. Separated routines by protocol; enhanced interpretation of status byte for DTCs in UDS modules. Added check-box to disable the "Aggressive" fault reading mode we have always used under UDS because it was frustrating to some dealer techs that VCDS showed more DTCs than the factory tool.
Added data types 0B, 0D, 0F to Generic OBD-II Mode 9.  Fixed some bugs in the display of certain high-numbered, rarely used PIDs.

HEX USB CAN VAG-COM For 11.10 is the first aftermarket VAG-Tool that:
1, It is fully compatible with all VW, Audi, Seat and Skoda models through the current model year, including models using a direct CAN connection for diagnostics.
2, It has a database of more than 14000 fault-codes and measuring-block texts.
3, It can use the new 7-Digit PIN/SKC codes to match new keys in all immobilizer equipped VW/Audi/Seat/Skoda models.
4, It allows you to view,  log, and graph 3 groups of Measuring Blocks at once
5, It can access all control modules which require proprietary VAG modes running the KWP-2000 protocols (2001+ Teves Mk.60 ABS, numerous 2002+ modules), KWP6000 (CAN) and/or KWP7000 (UDS).
6, It can display critical timing information on TDI engines in graphic form


HEX USB CAN VAG-COM For 11.10 adds these additional improvements:
New, more universal Airbag Coding Assistant.   Works with the latest airbags which use Index-Based coding and provides tips where to find the Index.
New "Upload Debug/Log File" function in Applications Dialog to make it easier for users to send data needed to answer their support queries.
Increased size of Auto-Scan logs which can be saved.  We've had reports of cars with so many faults in various control modules that the old limit was reached which resulted in incomplete logs.
Many other small fixes and enhancements not worth mentioning individually here.
Completely revised and expanded ROD (ODX) Data. Including coverage for all the latest models of cars such as the new 4G-chassis Audi A6.   The structure of our ROD data has also been revised to eliminate much redundancy and keep the installer size reasonable.
Support for new UDS addresses required for compatibility with new systems found in latest car models.
Auto-Scans now show sub-system label file names.
EDC15-16 Mileage reading now includes support for some EDC15 V6 TDI ECUs.
Revised and expanded Label Files More than 350 new or revised files since the last dataset.
New USB Drivers. Now compatible with the latest PCs which use Fresco Logic USB3 chipsets.